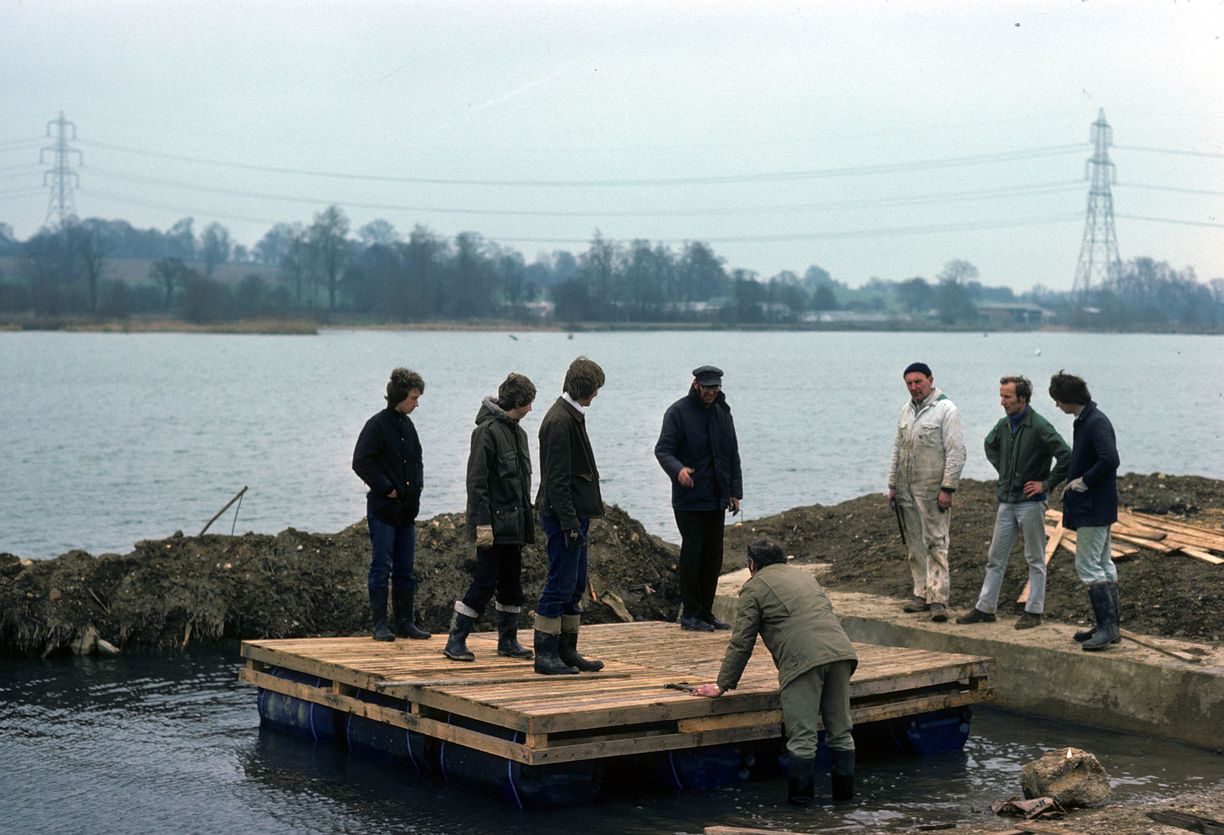 At the end of November 1965 the Hertfordshire Mercury carried an advertisement for a public meeting to be held at the Shire Hall, Hertford, to discuss the possibility of forming a yacht club. The meeting was held in the Guardian's Room and about seventy people attended.

The top table was occupied by a steering committee, and the opening speakers explained what a good idea it was to have a locally based club, but was not clear whether it would be more than a social club. Someone at the back of the hall asked if it intended to be a cruising or sailing club. This was put to a vote and with a 50-50 show of hands the committee agreed the club should cater for both interests.

The next question was "Where are we going to sail?". The committee promised that the club would make it a priority to search for a sailing water.

The meeting closed agreeing that the Hertford County Yacht Club should be formed, and quite a few of those present paid their first subscription of One Guinea on the spot.

During the next year or two the Club held meetings in the back rooms of pubs, had occasional rallies of boats on the river and discussed how to find premises and a sailing water. It was soon learned that the original Steering Committee were mainly river cruising people, and in March 1967 a new Commodore (Pat McMullen) was elected. His search for a sailing water was successful and we started to rent the small sailing lake, next to our current location, at Stanstead Abbots.

The Summer of 1968 was spent building a slipway and landingstage. In 1969 our first caravan to use as a clubhouse was purchased for £14.00. By March 1970 the Local Council were insisting upon us to build toilets.

In the meantime we were sailing very actively, and got ourselves in Yachts and Yachting and built up the Mirror and Enterprise fleets. The Mirror sailors did well in their National Championships because of the expertise they had built up, in short tacking on our small sailing water.

Whilst the sailing section thrived, the cruising people, who were based on the river at Hertford, withered.

During the period between 1973 and 1974 we obtained the tenancy of our present sailing water, and over the next three years the main slipway, dinghy park, toilets, and play area were built, with the clubhouse being opening formally by Pat McMullen in 1977.

Since then another slipway has been introduced, the dinghy park has been extended twice, shelters for patrol boats and engines built and work on the banks and moorings done, all by active club members, with electric and mains water supply being laid by contractors. 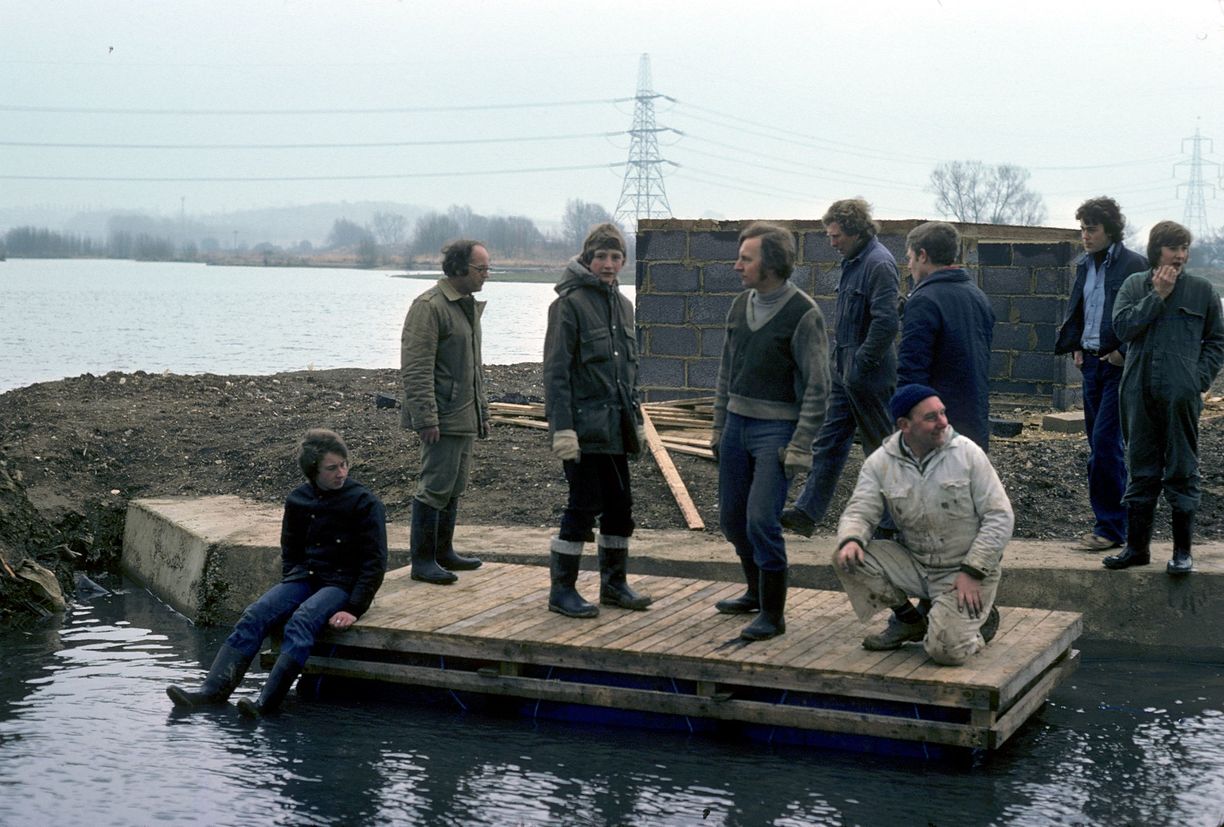 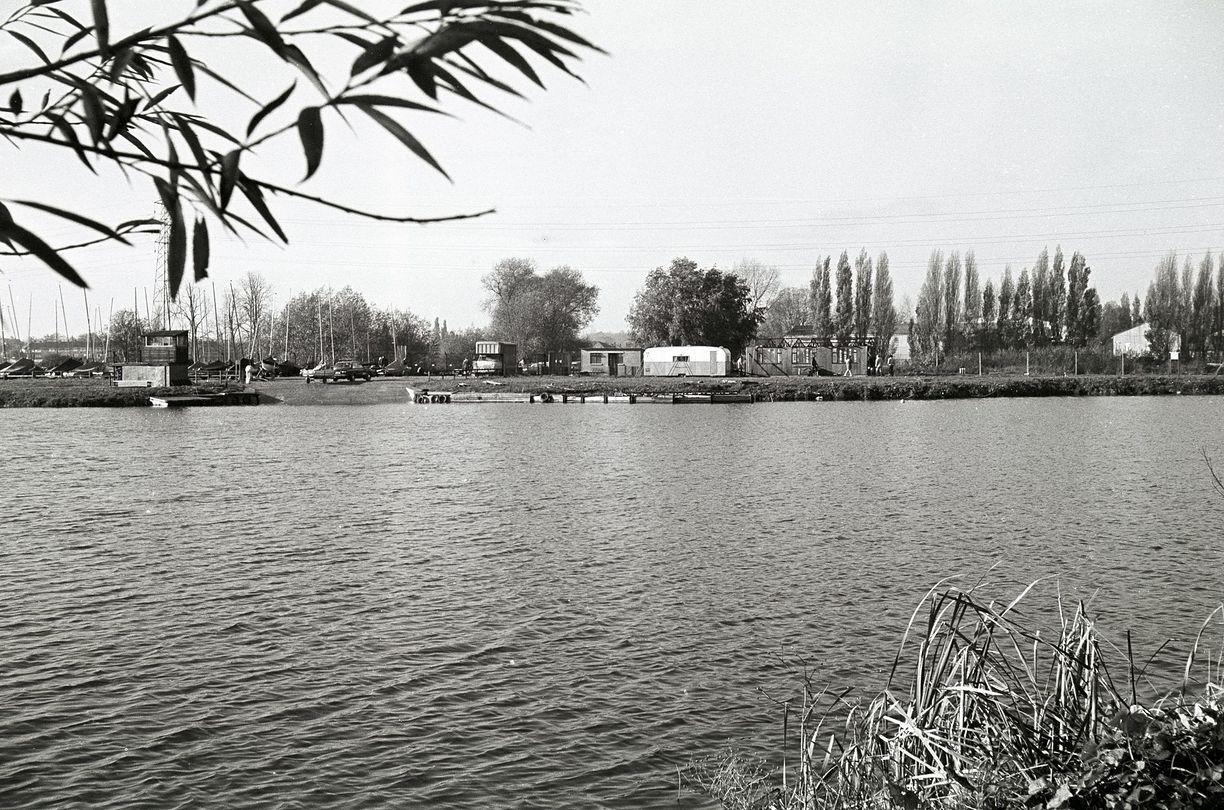